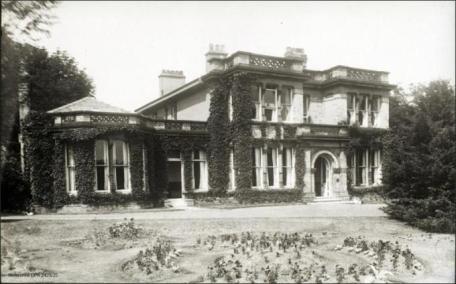 If you’re new, start here it sort of explains my fascination with the place, I grew up on Lodge Court , off Didsbury Road and we knew there was a history, and even played amongst the ruins of the gardens, doing all the dangerous things kids do I always wanted to know about the mansion that stood there before our house was built, but it took a long time to be able to find anything.

I did find pictures and looked at the census returns so thought I was happy, but like all addicts you get a new toy and want to play with it, so realising my relatives had built better family trees than me, I started delving into the people who lived at Heaton Lodge during its lifespan (1831-1966).

I’ll now look in detail at each of the families that lived there.

Even as early as 1831 Stockport centre was a nasty place, Engels would not have rated it highly on Tripadvisor, he said of it in 1845

“There is Stockport, too, which lies on the Cheshire side of the Mersey, but belongs nevertheless to the manufacturing district of Manchester. It lies in a narrow valley along the Mersey, so that the streets slope down a steep hill on one side and up an equally steep one on the other, while the railway from Manchester to Birmingham passes over a high viaduct above the city and the whole valley. Stockport is renowned throughout the entire district as one of the duskiest, smokiest holes, and looks, indeed, especially when viewed from the viaduct, excessively repellent. But far more repulsive are the cottages and cellar dwellings of the working-class, which stretch in long rows through all parts of the town from the valley bottom to the crest of the hill. I do not remember to have seen so many cellars used as dwellings in any other town of this district…. ” (1)

Those making money from this misery clearly did not want to live amongst it, and there were better places in easy reach of the town by horse, so they moved out of town, and what better place than at the top of a hill overlooking the Mersey Valley but safe enough from the stink.

This is the sort of vista more pleasing to a Gentleman. The first inhabitant of Heaton Lodge was Roger Rowson Lingard, the house was built for him in 1831 and appears on the Heaton Moor tithe map of 1848 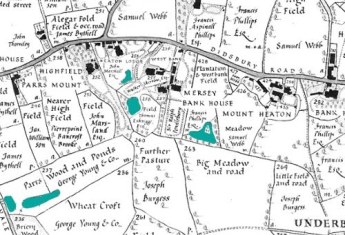 The Lingards were a powerful family, They originated from Lancashire, and this particular branch specialised in the Law, and Clergy although they did marry into mill ownership when it suited. Roger’s great grandfather, John, was born in Sandbach around 1698, he moved to Gawsworth and then Stockport , becoming mayor in 1732. His son John married one Ann Rowson (source of the middle name Rowson about which more later). His son John, Roger’s father, was an Attorney in Stockport, practising both on Chestergate and Lancashire Hill in 1784.

Roger was born in 1788 at baptised at what became the family church, St Mary’s in Stockport marketplace,

In 1812 he was promoted from Lieutentant to Captain in the local militia, Stockport at the time was suffering strikes by local millworkers against appalling conditions

“…considerable number out of work; others only partly employed; poor unable to buy clothes; in rags. Never before saw the labouring poor look so ill, or appearing so ragged; many miserably wretched; a few nearly in a starving state” (2)

William Cobbett reported that on 4 April 1812 stones were thrown at mill windows, and owners shot inside them. (3)

Roger was clearly on the side of the mill owners, one of his sons subsequently married into the family of Major Thomas Marsland the first Stockport MP and builder of Wellington Mill in Stockport (The Hat Works), and a close relative Alexander Lingard, (not of this direct line) inherited that mill from Thomas Marsland and subsequently operated it in partnership with his brother in law Richard Hole.

This Andrew Lingard lived at Tithe Barn house in Heaton Norris as was then, was also a Solicitor and probably then practised in the firm of Lingard Vaughan Lingard.  His daughter Elizabeth Frances Lingard married Richard Boughey Monk Lingard, one of Rogers sons, about which more below.

At that time Roger is practising in the firm of Lingard, Vaughan and Lingard.  The Vaughan part was his brother in law, John Lingard Vaughan (who married his sister Elizabeth in 1813) on Tiviot Dale in Stockport.

John Lingard Vaughan became Mayor in 1878, as had his great grandfather in 1734. He had tried for election as a Conservative, but even then the voters of Heaton Norris were staunch liberals and was only appointed as Alderman after being appointed so by the Conservative majority on the council, He served as warden for Christ Church on Wellington Road, and trustee of the savings bank on Lower Hillgate. He was also in partnership with his brother in law Roger Rowson, clerk to the commissioners of taxes. He was buried in 1887 in the family vault at Christ Church.

Roger married Margaretta Christiana Platt-Turner, daughter of a gentleman of Cheadle in 1812 and they had three children, Christiana died in 1818 and he wed Mary Monk, daughter of the Reverend George , who was the chaplain of St Paul in Liverpool in 1820, they had four children. 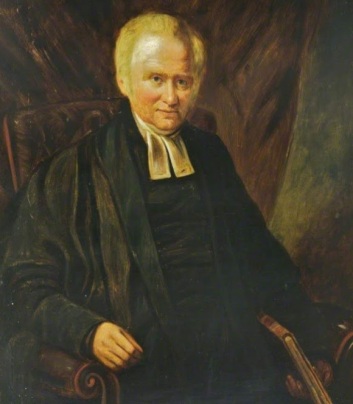 In 1831 Heaton Lodge was built, presumably to his specifications and he lived there until his death in November 1844, he was buried in St Mary in Stockport. Mary lived to the good age of 96, dying in 1875 in Ormskirk where she lodged with her daughter Ann.

We now get the first description of Heaton Lodge, as it is put up for sale by auction, naturally by the firm of Messrs Lingard and Vaughan (Roger’s son John Rowson son has succeded him in the firm) on 18th January 1845 in the Manchester Courier and Lancashire General Advertiser.

“The ground floor of the mansion contains a spacious entrance hall, dining room 23′ by 17′ ; drawing room 19′ by 14′; library 19′ by 17′; china closet , butler’s pantry and servants’ hall. The kitchens are extensive and conveniently situated on the ground floor; there are nine excellent spacious and lofty bedrooms and two dressing rooms. The house is well cellared and replete with fixtures. The wash house, which is detached is well furnished with requisites and supplied with water,. There are also an excellent entrance lodge, two coach-houses and two stables, one for three and the other for two horses; harness room , hayloft and granary, the whole of which are detached from the house, but inclosed.

The mansion has a southerly aspect and commands an extensive view of a great part of the county of Chester, including Alderley Edge. The garden which is well stocked with choice fruit trees and is very productive. The site of the premises contains about 14,310 superficial square yards of land, 9,165 are subject to a yearly chief rent of £33 3s 8d payable to Wibraham Egerton Esq, but the remainder of the land, namely 5,345 square yards is free from chief rent. – The purchaser may have early possession.

Lithographic plans of the property, and tickets to view the mansion house, may be obrained from Mr Fletcher , the auctioneer, or from Messrs Lingard, Vaughan , Lingard and Vaughan, solicitors Stockport, where further particulars may be known.”

Roger does have one lasting memorial. Along with his grave in St Mary, the church boasts a fine stained glass window in the apse which was endowed in his memory, and can still be seen to this day

His third child by Margaretta Platt Turner, George Edward Rowson Lingard (1815-1858) appears to have been the runt of the litter.

He did not follow the route of clergy or law. He first can be found describing himself as a Cotton Spinner (ie Mill owner/ manager) in 1836, and married Mary Etchells in St John Deansgate. By 1838 this has clearly not succeeded and he is described as dealing in Havana cigars. This partnership was soon dissolved and we next find him in the Australian Colonies, trading as a Wine Merchant and exporter. He did serve as an Alderman in Sydney between 1848 and 1852, but by 1856 he is back in England, but not in Stockport but Rockferry and Prescott. This may either because he was not permitted to return to Stockport, or to be near a possible relative , and source of the “Rowson” part of the name which arises often in this lineage.

This relative William Rowson was born in 1791 in Prescott and was a successful barrister (power marriages and mergers again) and was responsible along with his father in law James Atherton, for founding and building the town of New Brighton, to be modelled on the southern coastal resort.

George died shortly after returning to England, and was not interred with the rest of his family in St Mary, but in St Peter, Stockport.

Randle Lingard (1827-1904) lived around Liverpool and The Isle of Man, becoming an Accountant and Ann (1829-?) married William Borlase Willcock, a Staffordshire Engineer, ending her days as a widow in Ormskirk with her mother

I have acknowledged copyright wherever possible, please notify me if I have missed you