Although I’d wanted to go through Howden on the next stage, the routing would have involved walking a mile south, seeing Howden, and walking a mile back to get to the path from my starting point, with a long walk in the offing to Brough, I graciously passed up that opportunity, and set out from Howden station down a path which wound around the railway for most of the day. 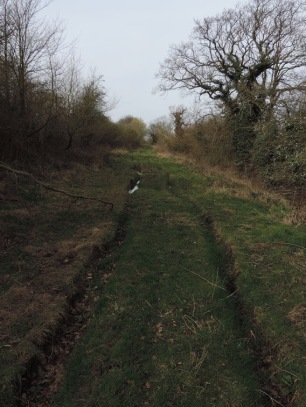 It was muddy going , but it soon settled into a peaceful walk in the East Riding countryside. The day was also much warmer than forecast with the sun coming out early and staying out for most of the day, and most importantly dry for the whole day.

The countryside was still very sparse and unihabited. I only saw a few people outside the small towns and villages I passed. The main company I encountered en route was sheep, who kept their distance. 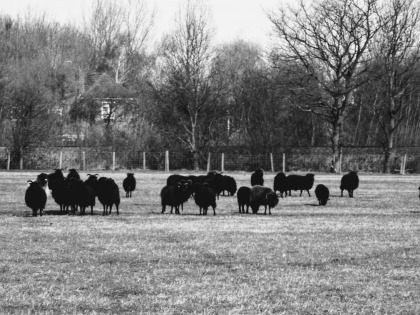 The first village I crossed was Eastrington, with a converted old school and Wesleyan church. 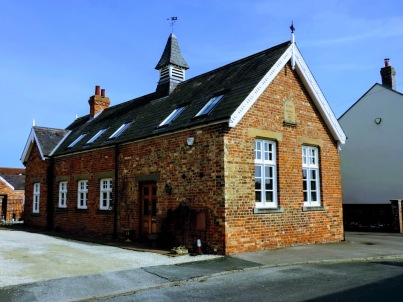 Eastrington lies on the main Selby to Hull railway and has a small station, it was once home to another station on the Hull and Barnsley railway, and the old line can be seen just after the village, spurring off from the Selby line.

The walk even took me alongside the M62 for around a mile, it was strange being on a path in full view of the busy motorway.

The next stop was Newport, after eight miles, and the only large town I passed through. It has a fine church, St Stephen, which is now grade II listed. It was built with £7,000 gifted by Mr Thomas Whittaker of Everthorpe Hall, which can just be seen behind it in the picture below.

Newport was once a major manufacturer of bricks and tiles, producing two million bricks and 1.7 million tiles each year in 1823, thanks to the discovery of a large clay bed nearby in 1770.

Newport was a also my only chance to stock up on a sandwich and several Mars Bars for the second leg of the tour, from the friendly branch of Londis, known by many as the Harrods of the North.

After a comfortable lunch sat on a grit box, I set off down the Market Weighton canal towards the Brough , despite its name, it is no longer navigable and is now used as a carrier drain into the Humber and has become tidal, six pumping stations drain the surrounding land into the canal.

There was plenty of wildlife along the route, I spotted several pheasants , some hawks and even deer.

I was now nearing the Humber, and was rewarded with a distant view of the Bridge in the distance. I now felt that I had nearly achieved a coast to coast crossing, Liverpool to Hull. 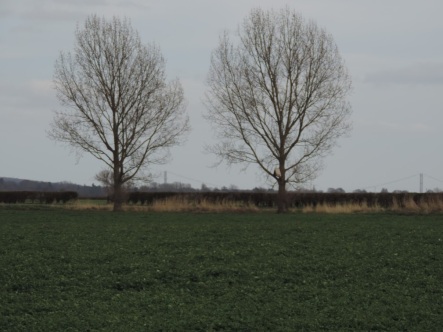 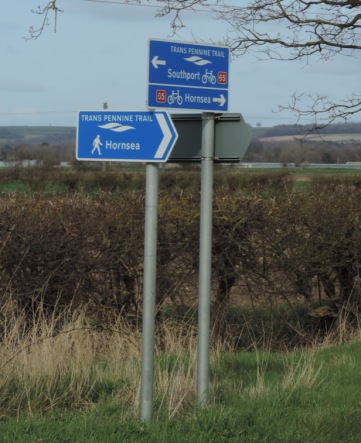 Eventually I got back towards the railway line, crossing at the quaintly named Crabley Creek. The railway line is very busy , there was a train every five or ten minutes running down the line, apart from the M62 the only traffic I saw all day.

After the creek, it was a dispiriting two mile walk along an embankment protecting the surrounding land from flooding, my only companions were once more sheep, who fled infront of me for half the distance, before figuring out I wouldn’t follow them if they went down the embankment. They however continued bleating within earshot to accompany me to Brough. 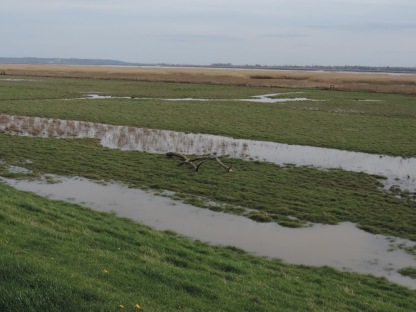 Finally I arrived in Brough, my best day’s walking to date , covering 17 miles in all. Next stop Hull.