When I first went to buy a house, I was told by the building society that the average stay in a property was around seven years. Looking at those who lived at both Heaton Lodge and Highfield, it looks like that pattern has been there for a long time. Both houses experienced a regular turnover of occupants, as families grew and dispersed, fortunes came and went, the only constant seems to be change.

On 18 August 1864, Thomas Birley placed Highfield up for sale, an advert in the Manchester Courier announced:

Highfield House Heaton Norris. To be sold by Private Contract and all that capital mesuage or mansion house called Highfield House,with the conservatory lodge, coach house stables and other outbuildings, and the closes of land, gardens and appurtenances thereunto belonging, situate in Heaton Norris on the road from Stockport to Didsbury, now in the occupation of Thomas Hornby Birley, Esq, the owner. The house contains dining room, drawing room,, library and other rooms, on the ground floor, six principal bedrooms and two drawing rooms on the first floor, three servant’s bedrooms, bathroom, closets , kitchens, cellars and other conveniences. The site of the house and buildings is 26,779 superficial square yards. Possession may be had on the 29 September. The premises are freehold of inheritance and will be sold subject to the chief or ground rent of £111 11s 6d. per annum- For further particulars and to treat for the purchase, application may be made to the said Thomas Hornby Birley, or Messrs Earle Son, Hopps , Orford and Earle, Solicitors, Manchester.

William and Marion Young were the people who treated successfully and had their offer accepted.

William was born in Scotland, probably Perthshire, in 1810. He was the son of James Young and Emelia Bannerman.

Whilst other occupants had MPs and Prime Ministers in their past, there was a future relative who would become Prime Minister, but more anon.

It was the Bannerman connection that gave William his opportunity. The Bannerman family had originally farmed in Perthshire, but they were commercially astute, William Bannerman (1732-1812) started a distillery in 1798 in Tullibardane with his son, Henry (1753-1823) , but that was not successful and so Henry’s son, David (1785-1829) was sent to Manchester to see if they could profit from the cotton trade there, and in 1806 Henry Bannermann and Sons was established a warehouse in Marsden Square, Manchester. It was a successful enterprise, and soon most of his family joined him.

Henry Bannerman’s other sons, Alexander, John, Henry and Andrew came down to Manchester as the firm grew. They moved to a warehouse next to the Royal Hotel and Bridgewater Arms on Market Street. Soon David was elected Boroughreeve (Chief Municipal Officer) of Manchester in 1828 (the first Scot, and first non conformist to be appointed to that office). Further expansion was made onto a Mosely Street warehouse, which was connected to the Market Street property by a covered wooden bridge, which was still standing in 1890.

By 1841 they had built Brunswick Mill in Ancoats and were specialising in producing fancy and seasonal goods for the colonies but soon started to specialise in Manchester cottons, becoming especially known for Henry Bannerman Shirts, but also producing calicoes, sheets, and underclothing. The York street premises was then purchased, behind the Infirmary in Piccadilly.

They had a Head Office in York Street, and mills in Dukinfield (Old Hall Mill) and Stalybridge (River Meadow and North End) 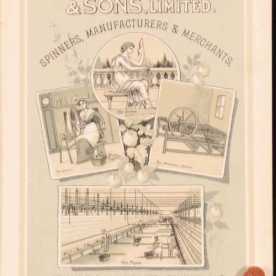 As the firm progressed more Bannermans came down, and William Young, being an inlaw, was admitted as a partner in Bannerman and Sons, and named one of the joint executors (the only non Bannerman) in Henry Bannerman’s will. Henry had retired from the firm in 1850 and moved to Hunton Court Estate near Maidstone, where he spent his retirement growing Hops 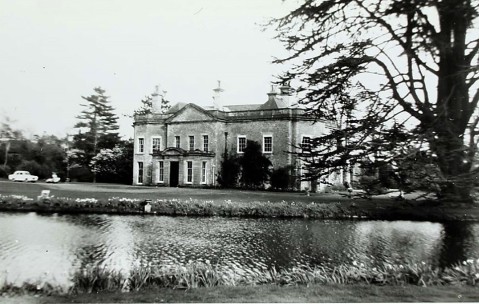 The main beneficiary of the Hunton Court Estate was Henry Campbell, who had married Henry’s daughter Janet. One of the provisos of the will was that he changed his name to Campbell-Bannermann, by which he was best known when he became leader of the Liberal party, and subsequently Prime Minister from 1905-1908, dying in 10 Downing Street.

Returning to William Young, he came down to Manchester with Marion, and in 1848, he is mentioned as a partner in Bannerman firm. In 1851 he and Marion along with Marion (born 1848), Emily and William Henry (born 1850) are living in Devonshire House, which was situated near where the RNCM now stands.

He describes himself as a “merchant in a general warehouse of cotton goods”. Some time thereafter the family moves to Bollington. This was probably to manage a Bannerman mill in the area, but none are recorded, and there is no obvious contender for a Bannerman mill near Endon House where they lived.

William competed in local flower competitions, winning a prize for six variegated or tricoloured pelargoniums in the Manchester Botanical and Horticultural Society Show as reported in the Manchester Courier in May 1877.

The 1871 census sees William a widower, with Marion, Emily and William Jr recorded at Highfield. At this point William describes himself as a “cotton merchant and manufacturer”.

As you can see, the Youngs now exercised significant control over the new incorporated company, with an equal share of ownership alongside the Bannermans.

William Young left Highfield in 1877. His son in law Charles MacAra was born on 11 January 1845, the son of The Reverend William (minister of the Free church in Strathmiglo, Fife) and Charlotte Cupar, and was brought up in the Manse there. They also had Bannerman connections – his education in Edinburgh was private, so it was appropriate that he should marry into the Young family to strengthen those. He married Marion on the 14 January 1875 at the Congregational Chapel in Heaton Mersey, and they went to live at Willow Bank in Withington – which is now a Best Western Hotel.

They also had a residence at St Anne’s on Sea, on North Promenade Street.

By 1890 Charles was Managing Director of Henry Bannerman and Sons, and in 1894 he was elected president of the Federation of Master Cotton Spinners. He worked hard for the industry and in 1911 he led a delegation to China securing savings estimated at £100,000 pa (2019 £12m pa) in shipping charges.

He used his Campbell Bannerman connections to lobby on behalf of the reduction of industrial conflict by establishing a national council of Trade Unionists and leading Employers. He was created a baronet in 1911 and spent his retirement living with his wife at St Annes on Sea and Bucklow in Cheshire, experiencing at first hand the Mexico disaster on 1886, where the local lifeboat, the Laura Janet was lost with all hands whilst attempting to rescue the crew of the German ship Mexico in the Ribble estuary. As a result he founded “Lifeboat Saturdays” charity street collections, in Manchester and Salford in 1891, which were later nationally adopted as the RNLI Flag Day.

Sir Charles died in Bucklow on 2 January 1929 and is buried at St Anne’s Parish Church, near the memorial for the Laura Jane, for which he did so much to raise funds. His wife Marion lived until 12 June 1938 dying at their house in Bucklow.

Sir Charles’ fame was such that his death was reported worldwide, in Australia, New Zealand and the USA. He is considered the last great spokesman for the Cotton Industry

One thought on “The Big Houses Of The Heatons: Highfield House – Part Four William Young”