The Yates family were the next inhabitants of Highfield, they were a family of seedsmen. 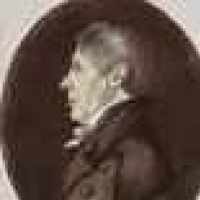 James Yates was born in Liverpool in 1765. He noticed the demand for improved cloth and clothing as England increased in wealth, and became an importer of quality cotton for the emerging Lancashire Mills. He sought out and found better supplies of cotton from the Southern States of the USA. However, the mills soon started demanding better quality cotton, and so acting on hearsay he imported a small supply of cotton seed from Egypt to forward to the colonial growers.

Demand for this high quality seed soon rocketed and James soon concentrated on seed alone, supplying the USA with Egyptian seed. He died in 1819, sinking off the coast of Calabar near Jamaica.

HIs son George (1804-1879) opened a seed store in Macclesfield. This became so successful that he opened a second branch in Stockport on Mealhouse Brow around 1826.

In 1830 he married Ann Carrington in Manchester, and by 1841 they had a thriving business selling seeds and groceries from their home and premises on Mealhouse Brow in Stockport, selling all types of seeds as well as a liberal supply of Peruvian Guano at £10.25 per ton. Expanding to a central Manchester Premises on Old Millgate in 1848 he was also profiting from the lucrative Tulip trade.

Whilst he was successful, he was not always scrupulous, he is reported in the Manchester Courier of 7 September 1853 as being fined £1.00 for operating an unjust patent machine.

The Millgate Manchester premises can be seen on this 1900 Postcard of Manchester, just off centre right. 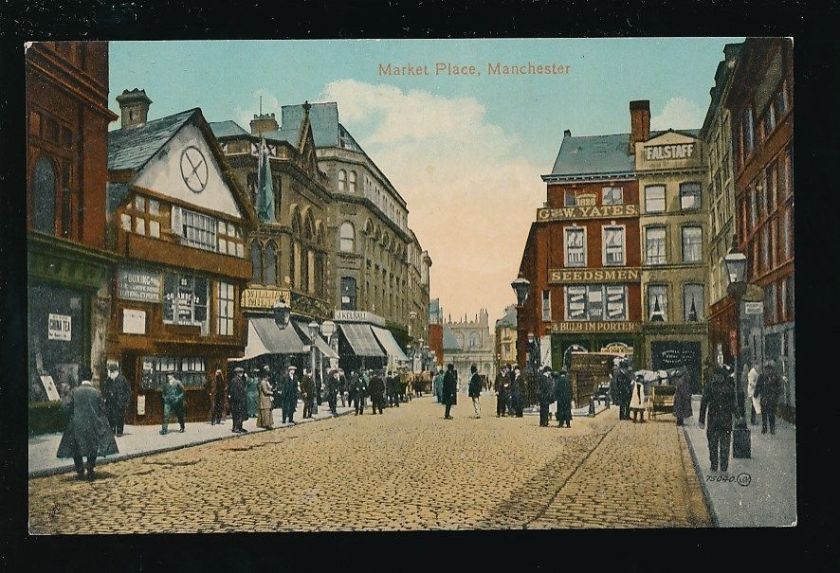 Notwithstanding trading standards breaches, George becomes very wealthy from his endeavours and by 1851 he is living with his family at Hulme Hall in Reddish (later to become Houldsworth Hall) they live in Reddish until at least 1871, later at South Side, then Reddish Road, before moving to Highfield in the mid 1870s.

Of his children, Samuel (1831-1901) was the most successful eventually buying out his fathers business, and marrying Mary McMullen, daughter of William, who was a partner in Hurst and Sons, Seed Agents, the oldest and longest established firm in England at the time. He and Mary set up house at the Headlands in Didsbury.

Samuel and Mary had 8 children. The eldest two, Arthur and Ernest emigrated to New Zealand where they set up a seed business, Arthur Yates and Co, which continues to this day under the management of James Yates’ great great great grandfather Philip Yates, and his son is set to carry on in the family business.  Ernest stayed in New Zealand, and Arthur set up another Arthur Yates & Co, living in Sydney in a house he called Didsbury

Arthur was author of a manual for home gardeners which became Yates Gardening Guide for Australia and New Zealand. This took the then revolutionary step of directing its instructions to amateur gardeners, rather than professionals, and as a result has been updated every year for over a century.

George and Ann’s other children dispersed around the country, generally setting up businesses as Seedsmen, William (1840-1912) set up a successful seed business in Cheltenham, leaving £19,300 in his will (£2.1m), John Carrington Yates (1833-1890) went to Doncaster and settled there as a seedsman marrying Fannie Fletcher. George Jr (1838-1897)  stayed in the Heatons, living on Bamford Street and Falcut Villa.

Samuel Yates Limited was still going strong in 1951, as this invoice from Shudehill shows.